Here we are at the end of 2018 and, as every tradition, it is time to look back and make the year-end review.

Let’s start from an overview on a global scale: after last year’s diatribes related to the scalability of the protocol, in 2018 the Bitcoin ecosystem has never stopped growing and services like Lightning Network have further strengthened its value proposition.
Despite the capitalization of cryptocurrencies has drastically decreased, Bitcoin ATMs have doubled, from 2 to 4 thousand1, and even the investments of Venture Capital in crypto startups have risen by 280% in the first three quarters of the year2. During the last 12 months the stablecoins have also proliferated, with effects that will surely influence the 2019.
On the regulatory front, we saw interesting initiatives from Switzerland and Malta, which are among the first nations to aspire to the creation of a favorable environment for the crypto sector, while the position of the European Union remains quite uncertain.

The main activities of this year 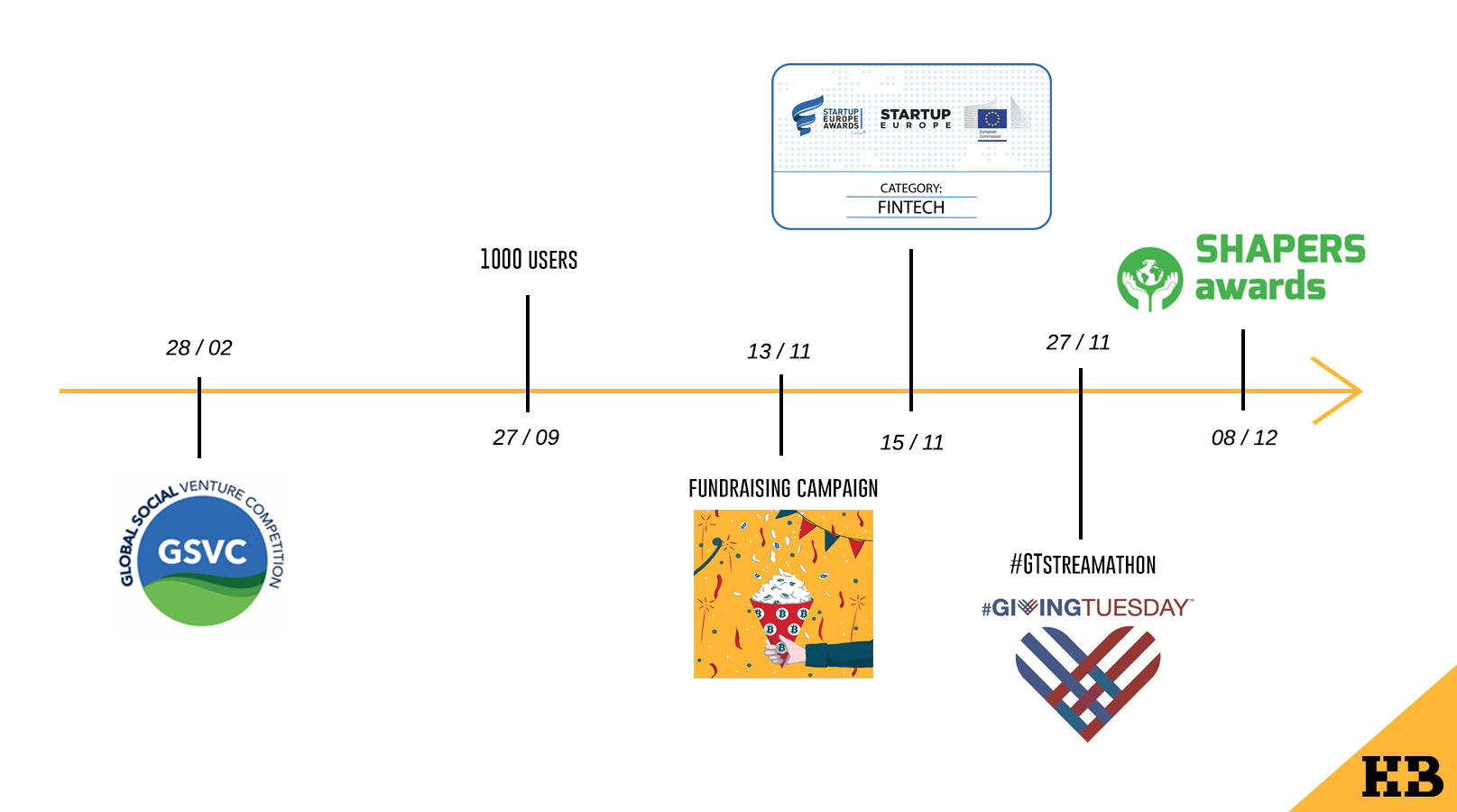 Regarding the awards, we are glad to be named the best European Fintech startup by the European Commission in the presence of 4 Prime Ministers!
At the beginning of the year we also won the Italian Round of the Global Social Venture Competition, while lately we received the Shapers Award during the laBITconf in Chile. 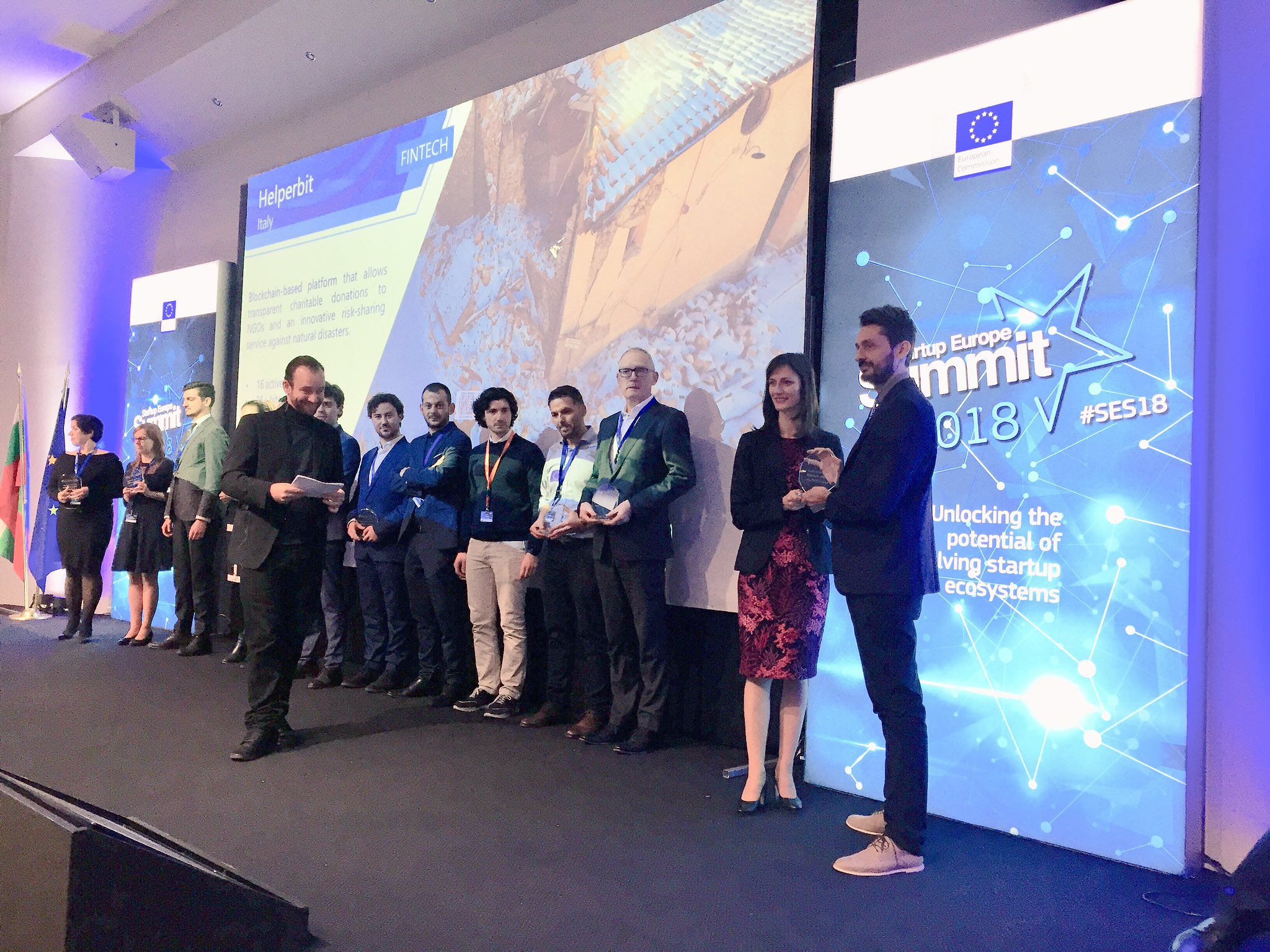 Thanks to the awards and over 25 conferences held as speakers in 2018, our media coverage was great: at international level we were mentioned on Forbes, Bitcoin Magazine, Bitcoin.com and Cryptonomist, while in relation to the Italian landscape we were interviewed by Corriere della Sera , Il Sole 24 Ore, La Stampa, StartupItalia, AGI, NextGenerationCurrency and many other magazines.

In September we celebrated the first 1000 subscribers to the platform, but the road is still long and in 2019 we will focus mainly on the dissemination of the services that we already launched. New organizations have signed up and launched their bitcoin fundraisings, while others have put into effect your help in a tangible social impact. In particular, thanks to your donations, «La Casa di Sabbia» has completed its fundraising and funded 36 weeks of summer camps for siblings of disabled children; so it launched a new project that aims to create cheap games for children with severe disabilities. 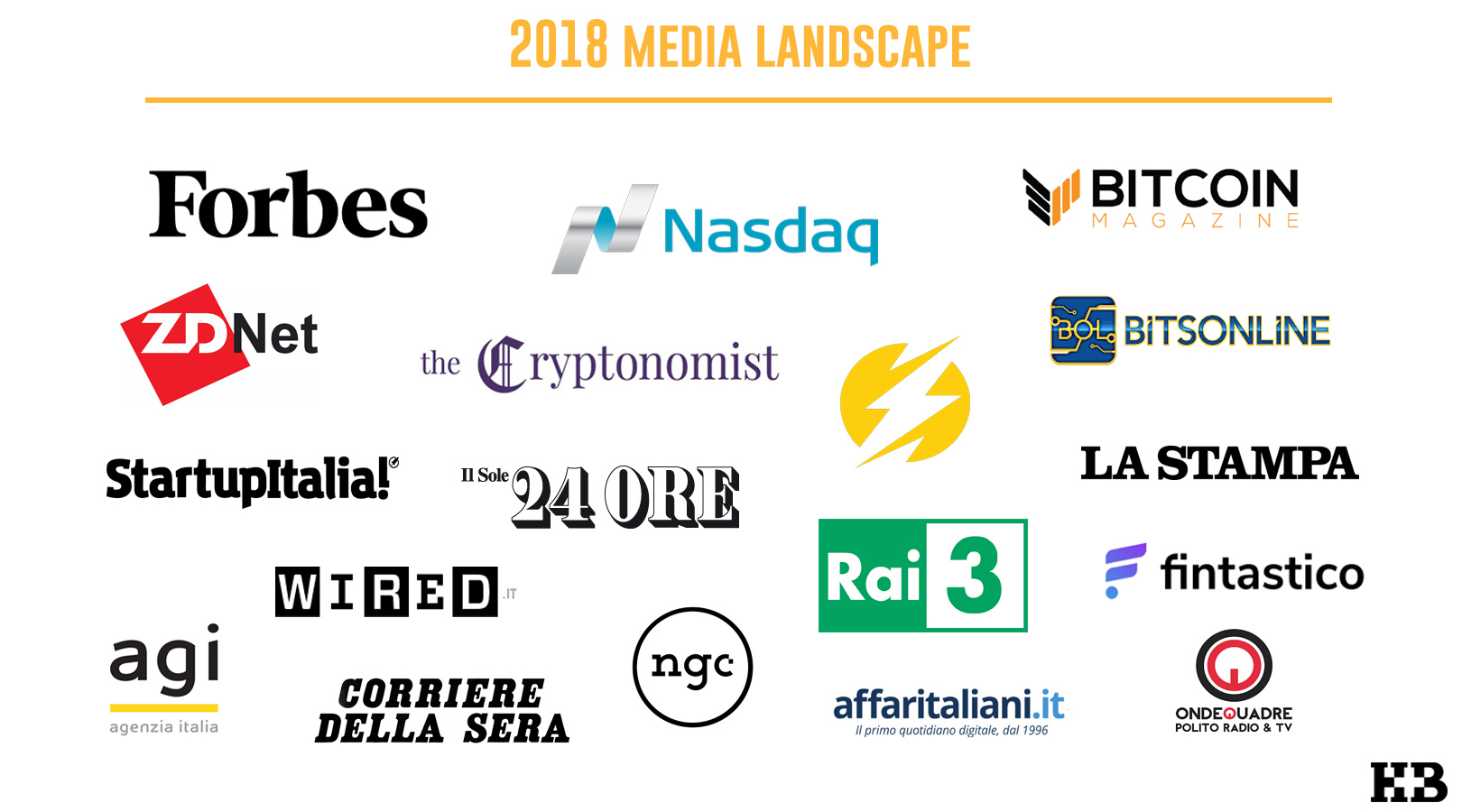 The last months of the year were focused on the Giving Tuesday, the international give back day, which drove us to launch the «Fundraising Campaigns«. This new service is developed for people that support non-profit organizations, offering to individuals the tools to actively contribute to a cause that is close to their heart.
Anyone can therefore open their own Fundraising Campaign to celebrate the birthday, a holiday, the degree or another significant milestone. The funds raised during the campaign go to the chosen NGO, in a direct and transparent way.

As mentioned above, for the next year we will be focused on the community, with the aim of releasing new features to increase the interaction between users. The network effect will help us to increase the awareness of how much each of us can do, working side by side, to improve the world in which we live.